Once I got through all the Pixar bait (OLAF’S FROZEN ADVENTURE, the horrendous Pixar short that preceded COCO during its first week of release), I found some pretty adventurous stuff. Of those, I thought these five were worthy of my recommendations for Oscar® consideration: 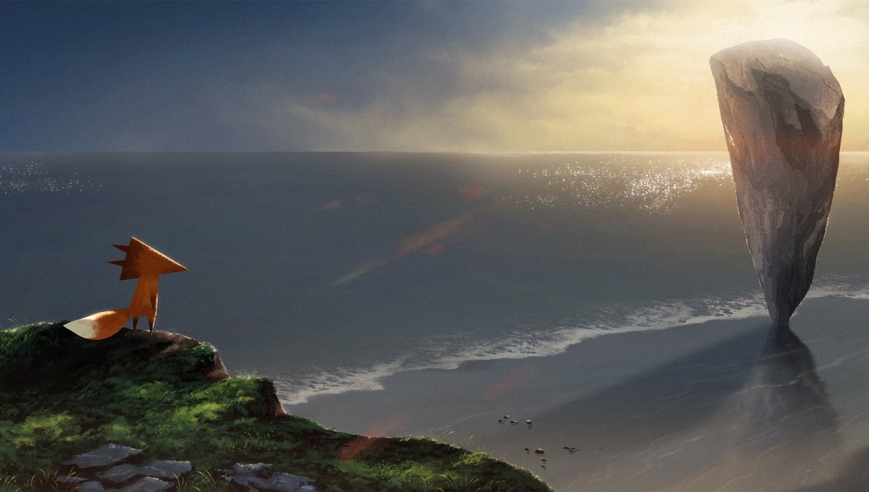 FOX AND THE WHALE Directed by Robin Joseph
Very existential and spiritual at the same time, I got into the idea of a “quest,” though the conclusions are bound to leave the audience debating its conclusions. 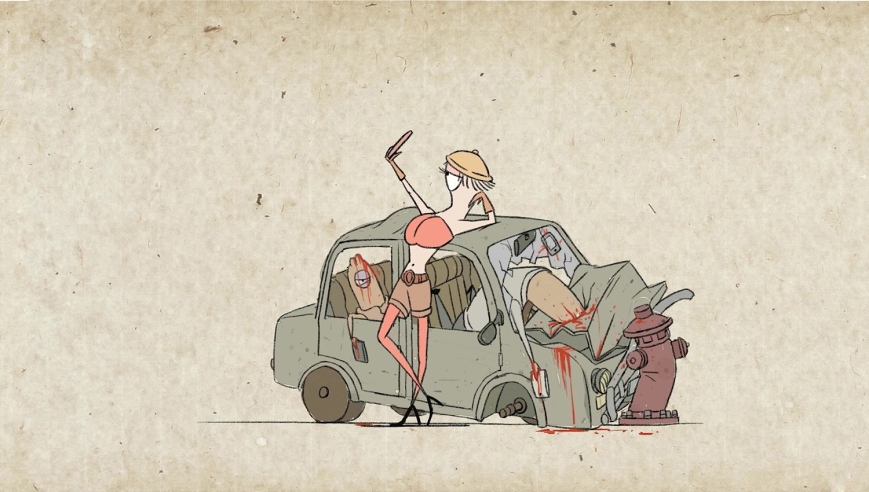 LIFE WITH SMARTPHONES Directed by Chenglin Xie
Probably the simplest of my five choices in terms of technique and execution (No CGI, whatta relief!), but its commentary on how technology has rendered our society into one that thrives on sensationalism and self-absorption is spot-on. For the record: I do NOT compulsively take selfies to take advantage of other peoples’ misfortunes. Seriously, I don’t…

LOST PROPERTY OFFICE Directed by Daniel Agdag
Conceived entirely with cardboard cut-outs propelled by stop-motion, this tale of a lonely lost-and-found clerk who determines to shake up his profoundly dead-end job is a joy to behold. Informed by a sepia-toned color palette and sparkling cinematography, Aussie director Daniel Agdag’s ode to breaking free MUST become of the final five nominees. So good! 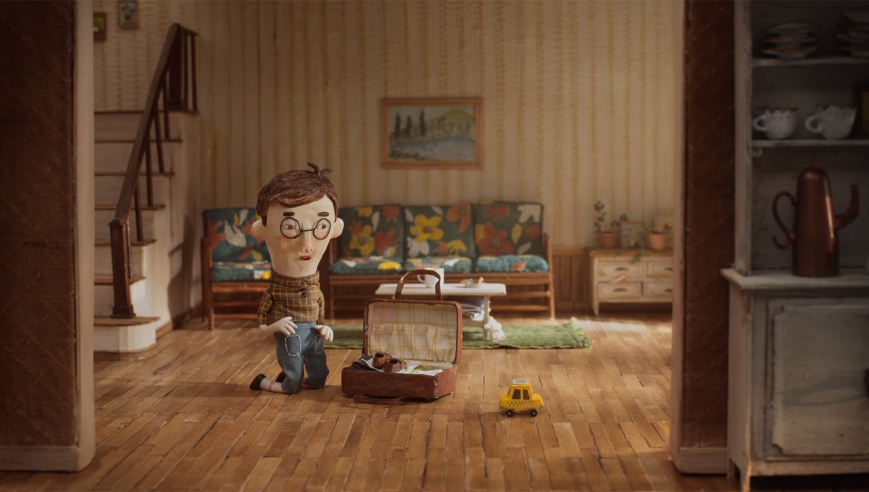 NEGATIVE SPACE Directed by Max Porter and Ru Kuhahata
“Ritualizing connection,” as stated by Max Porter, one half of the creative duo behind this sentimental and knowing reminiscence, is as apt a description as any. Memories of watching a father packing his suitcase in preparation of yet another business trip allows the main character to memorialize memories of an absentee parent. NEGATIVE SPACE is also a brilliant use of stop-motion, evocative, intimate — yet never, ever busy.

REVOLTING RHYMES Directed by Jakob Schuh and Jan Lachauer
Thanks to directors Jakob Schuh and Jan Lachauer, the late Roald Dahl’s collection of sick and twisted fairy tales are brought to life. A bit too close to the “Pixar” style for my taste, but I did laugh a knowing laugh (or two or three) at this entertaining animated rival to the equally sick and twisted tales (and subversive) by brothers Jacob and Wilhelm Grimm.